These documents show a semi automatic rifle, the Sistema MR1932.
This weapon was chambered in 7x57mm Mauser just like most Spanish weapons, it utilised an internal double box magazine allowing the gun to hold 10 rounds, the gun was loaded through stripper clips.

The documents say "por las comandos"
This weapon was intended for Commandos, or as also described the most experienced shooters who would be given this weapon to bolster the firepower of regular units, whom relied solely on the Mauser Model 1893.

The documents also say "y ramirez arellano y construido"
The rifle was designed by two officers at the Oviedo arsenal by the names of Mariñas and Ramirez de Arellano in 1932.
One is shown here - https://en.wikipedia.org/wiki/Marion_Fr ... e_Arellano
Never was so much owed by so many to so few
Nach oben The Maxim–Tokarev was the first domestic Soviet light machine gun accepted for service. It was based on the Maxim M1910, The first design submitted was the Maxim-Kolesnikov, designed by Ivan Nikolaevich Kolesnikov at the Kovrov Arms Factory, followed soon thereafter by the Maxim–Tokarev, designed by Fedor Vasilievich Tokarev at the Tula Arsenal. During field tests conducted in early 1925, Tokarev's model proved superior, so it was adopted on May 26 1925.
2,500 Maxim–Tokarev guns were produced by Tula arms factory (TOZ) in 1926–27; 1,400 were supplied to China between 1938 and 1939 in the Sino-Soviet Aid Program.The rest were sent to the Republican forces during the Spanish Civil War.

This will be a good replacement for the Maxim 1910M
Team work makes the dream work.
Nach oben

No I think we will make the M1910 a static weapon actually, this is by no means a replacement because both fall into different categories, the Maxim Tokarev is a LMG, while the Maxim M1910 is pretty much a HMG
Never was so much owed by so many to so few
Nach oben

Yes, but we already have a static one. So I guess the Maxim Tokarev LMG will be better to balance with other nations
Team work makes the dream work.
Nach oben 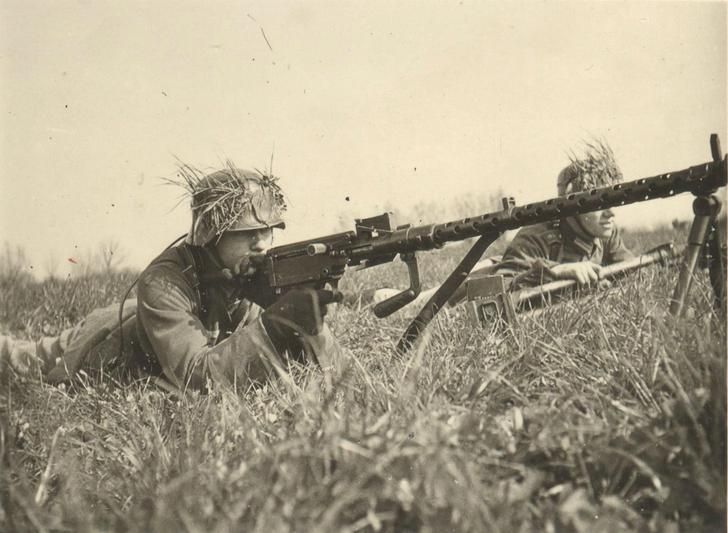 75 Round Drum, and AA sights

The MG-13, was a German light machine gun developed by converting the Water cooled Dreyse Model 1918 into an air-cooled version. The MG 13 fires from a closed bolt, using an internal hammer. The trigger allows for single shots and fully automatic fire, It had a similar ROF to that of the Maxim-Tokarev making it good for balance.
MG-13s were sold to Spain and to Portugal which used them into the late 1940s eventually developing their own version.
The Portuguese and Republican exports came with the 25 round box magazines.
Never was so much owed by so many to so few
Nach oben 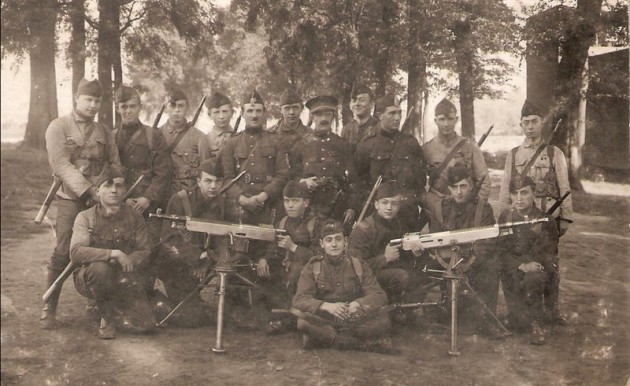 The Colt–Browning M1895, nicknamed "potato digger" because of its unusual operating mechanism, is an air-cooled, belt-fed, gas-operated machine gun that fires from a closed bolt with a cyclic rate of 450 rounds per minute. Based on a John Browning and Matthew S. Browning design dating to 1889, it was the first successful gas-operated machine gun to enter service. The gun was originally chambered in 6mm Lee Navy and later, after the adoption of the Krag–Jørgensen rifle, in .30-40 Krag, 7×57mm Mauser caliber (the same cartridge used in the Spanish Model 1893 Mauser), and .30-06 Springfield in 1914. The 1914 version also included a lower tripod for firing prone; this is likely what led to the gun's nickname of "potato digger", as the operating lever would dig into the ground if it were fired from too low a position. The M1895 saw service with the United States Marines during the Spanish–American War, including the 1898 invasion of Guantanamo Bay, where a Marine battalion deployed four Colt guns, two of them which were borrowed from the USS Texas's armoury. The M1895 proved to be a significant advance in firepower for the Marines, who employed them in the first known use of machine guns by the American military to provide tactical support of infantry forces during an assault.

Due to their previous use in the Spanish Army the machine gun was used extensively on both sides of the Spanish Civil War. It was notably used to great effect at the battle of Jarama by the British battalion however it often jammed and so was ill thought of by the troops. 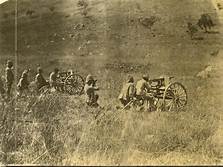 On a mount, similar to the one for the 1864 Gatling Gun 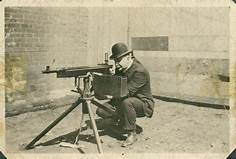 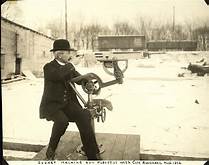 America, the only place in the world where modern firearms are tested by men in suits
Never was so much owed by so many to so few
Nach oben
Antworten
7 Beiträge • Seite 1 von 1